Tunisian police used water cannons to disperse hundreds of protesters trying to reach central Tunis to demonstrate against the president in defiance of COVID-19 restrictions.

A heavy police presence on Friday prevented protesters from congregating on Avenue Habib Bourguiba, the main street in the center of the capital which is the traditional focus of protests, including during the 2011 Tunisian uprising which ushered in democracy.

Police then tried to break up several different groups of protesters, at least one of which numbered in the hundreds, witnesses said.

Dozens of police cars were in the area and two water cannons were placed in front of the Interior Ministry building on the same street.

Opposition parties, including Ennahdha, protest against the suspension of Parliament by President Kais Saied, the accession to executive power and the rewriting of the constitution, which they call a coup.

Saied seized the powers of government end of July. He denied the coup allegations and vowed to defend the rights and freedoms won in Tunisia’s 2011 revolution that sparked the Arab Spring uprisings in the region.

Friday’s protest goes against a government ban on all indoor or outdoor gatherings, which was announced on Tuesday to stem a wave of COVID-19.

“Today Saied’s only response to opponents is force and security forces…it’s so sad to see Tunisia as barracks on the date of our revolution,” said activist Chayma Issa. of the opposition.

Ennahdha, the party with the most seats in Tunisia’s suspended parliament, and other parties taking part in the protest accused the government of introducing the ban and resuming its nightly curfew for political reasons instead. as sanitation in order to prevent demonstrations.

However, Saied decreed last year that instead of falling on the anniversary of Ben Ali’s departure into exile, it would be marked on the december birthday of the self-immolation of a street vendor, which sparked the uprising.

“So just coming out today is a big show that people are disobeying his [Saied’s] decrees,” journalist Elizia Volkmann reported Friday from Tunis.

“COVID figures, and the Omicron variant, are indeed on the rise and there are fears of a very big increase, but opposition politicians accuse Kais Saied of using COVID as an excuse to block protests.”

Although Saied’s action in July seemed very popular at first after years of economic stagnation and political paralysis, analysts say he appears to have since lost some support.

On Tuesday, the country’s press syndicate said Tunisian public television had banned all political parties to enter its premises or participate in talk shows, seriously undermining the freedom of the press.

Tunisia’s economy remains mired by the pandemic, there has been little progress in garnering international support for fragile public finances, and the Saied government appointed in September has announced an unpopular 2022 budget.

Tunisia’s president has started drafting a new constitution which he said he will put to a referendum in July.

The vote will take place following an online public consultation that will begin in January. Legislative elections should also take place at the end of 2022.

A decade of conflict in the Sahel leaves 2.5 million people displaced 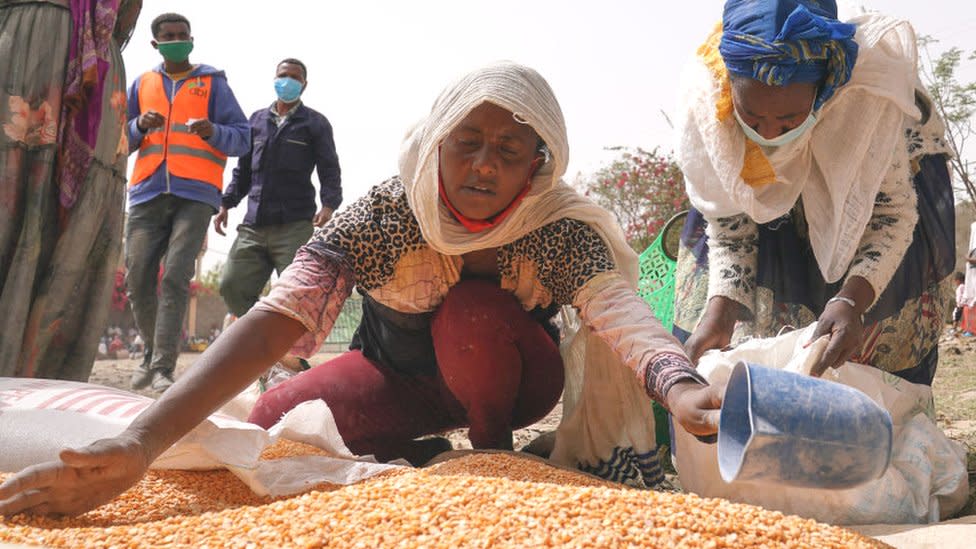